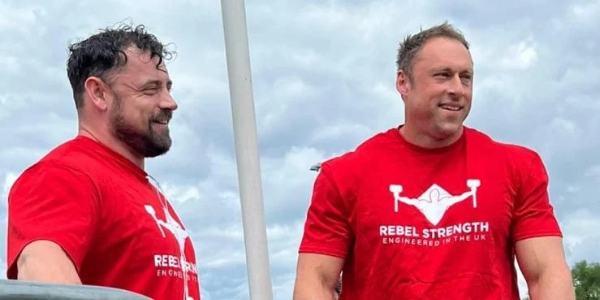 We'd like to give a big shout out to two of Lowestoft members, Richard and Mark, who recently competed in Suffolks Strongest Man!

Both Mark and Richard have been members at Bannatyne Lowestoft for a number of years and are always happy to help and give advice to other members of the
gym,all while training extra hard in the run up to the competition.

On the day, both took part in a number of events including a 100kg log press for reps and a keg toss; throwing kegs up and over a 3.5 meter high bar!
They were cheered on by a group of other Bannatyne members who travelled down to show their support.

Unfortunately, Mark had to pull out early after the log press due to a recurring shoulder injury, but Richard completed the competition, coming away with 2nd place.
Not bad for his first ever Strongman competition!!