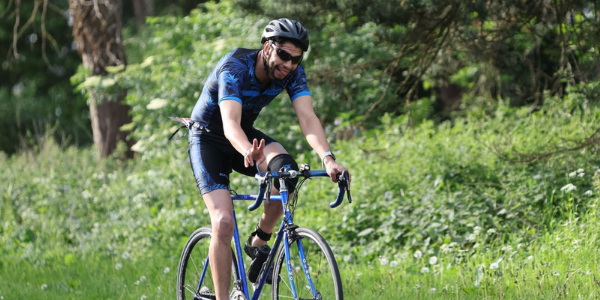 Jesse Vickerie, a member of the team at our Chingford health club, is taking part in a triathlon to help raise money for the Disasters Emergency Committee Ukraine appeal.

Jesse has been training hard for the event. As a swimming coach that is his strongest section, but with a run and cycle ride to contend with he needs to be at peak fitness. His preparations have even meant forgoing his birthday celebrations!

Jesse says he is racing in memory of a dear friend, Dean, he lost recently.

He hopes to raise as much money as possible.

To raise even more money Jesse is DJing on a Queen’s Jubilee boat party.

An update on the triathlon that Jesse Vickerie, a member of the team at our Chingford health club, took part in to help raise money for the Disasters Emergency Committee Ukraine appeal.

Jesse raised a fantastic £1755 and finished in 39th place out of a field of more than 100. He posted very respectable times in all three disciplines.